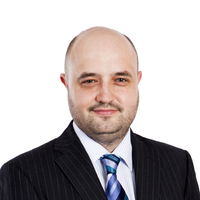 It's funny old thing getting old. One thing which doesn't get old is watching the cycle of history - and realising that it's not necessarily the nice linear path to equality and liberation that you thought it might be when you were younger.

With the passing of the Marriage (Same Sex Couples) Act 2013, you could be forgiven for feeling a whiff of complacency. Don't LGBT+ persons have it all now? Minor quibbles aside, equality is here! You could feel a little loss of momentum with the parade through London, with partying being prioritised over protest and ineptness actually causing the whole event to be scaled back in 2012 - but did anyone really care?

It's 2019 and we are in such a strange place. Homophobia is on the rise, with reported offences doubling since 2014. People are being attacked on a night out, for going home, for out walking with their partners, for looking a bit gay and for daring to take a bus in Central London. There's vehement protests against the concept that children might be taught the principles of equality - protests ruled illegal but backed by local elected representatives and debated on daytime television as if our right to exist is a hypothesis.

The road to equality has taken a left turn and in what a year! 2019, fifty years since the Stonewall riots which kick-started the modern gay rights movement. Look one way and you can't imagine how the people who stood up in the police at the New York bar in 1969 would look at how much has been achieved in the last fifty years. Look the other way, and feel the horror that would resonate up and down their spine at the way the community is attacking itself. It seems a slam dunk to me but if you're against a group a people, the best way to destroy them is to goad them into destroying themselves. It is so obvious that it is horrifying to see people falling for it.

We live in uncertain times and that's why, on the fiftieth anniversary of the moment the fight was ignited, it is more important than ever to march. There are many marches going on around the country and we're proud to be attending as many as we can. We'll be marching for the right of every LGBT+ person to live their lives as themselves and to enjoy the same legal protections as everyone else.

The Pride in London parade is on July 6th and promises to be one of the largest parades in the world.  Join the estimated one million spectators who line the route from Oxford Circus to Whitehall and if you see us, please give us a wave.

When Is A Flag Not A Flag?
Ian Buchan
Recent posts from Careers Blog

Mental Health and me
Darren Bear